Pipes for both Halifax Soil and Drain are only available in 3 metre lengths. Cast iron has greater tolerance to movement in the surrounding ground than clay pipes. Due to the uniformity of the pipes, they can be cut at any point to allow for differences in the project’s requirement while still being able to form a good seal with a coupling.

As a part of the standardisation of products, BS EN877 specifies that the mass of a product should not be less than 85% of the stated nominal mass of the product. This nominal mass must be stated in the manufacturer’s catalogue. To ease planning for installation, loading and support, please see table 4b (below).

A wide selection of fittings is available in both the above ground (Halifax Soil) and below ground (Halifax Drain) ranges. Irrespective of the shape and size of the fittings, they have been specially designed to allow connection to the pipes via one of the available, specialised Halifax couplings. 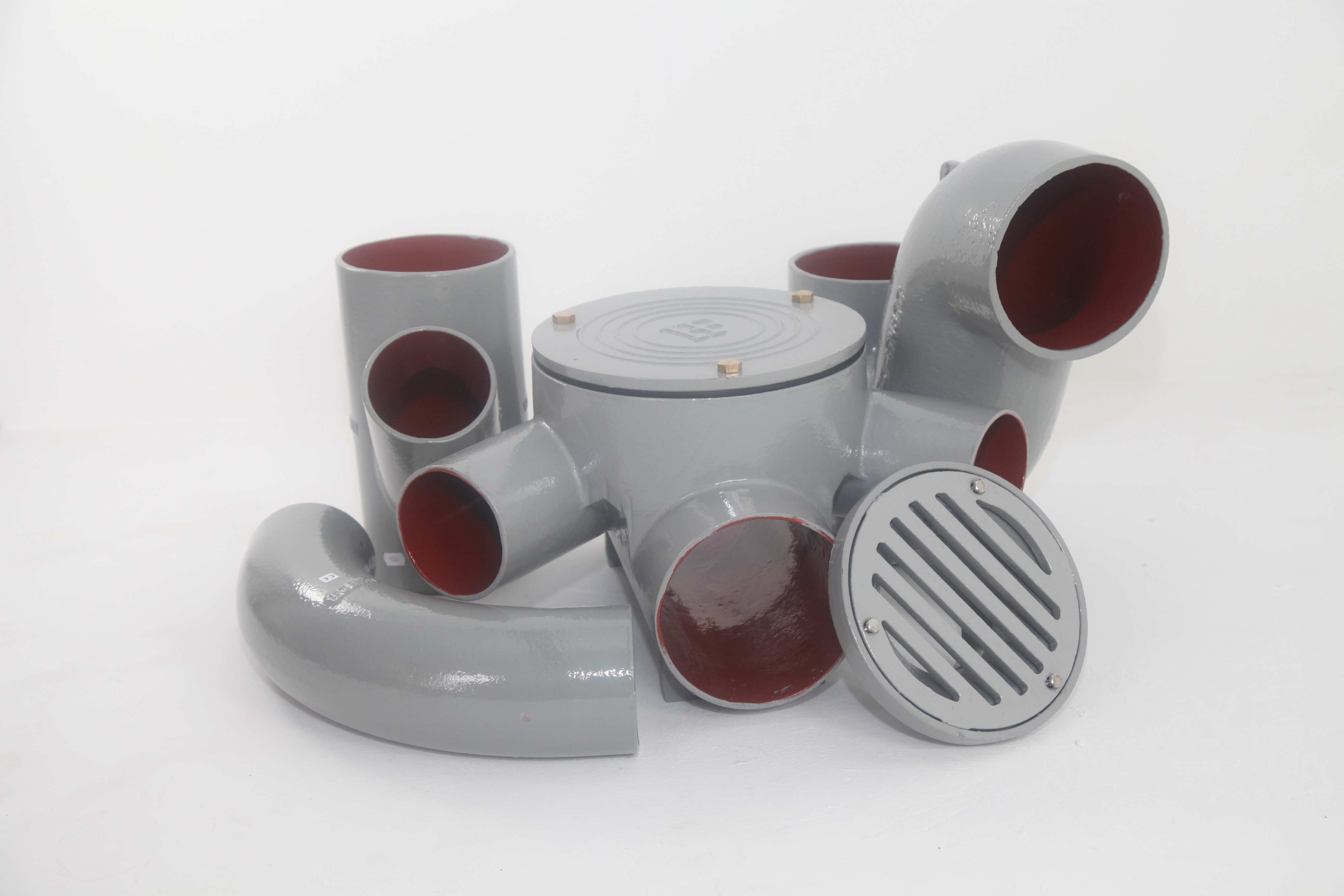 Cast iron products enjoy a reputation for longevity of service with minimal maintenance requirements. This durability and reliability make it a perfect material for use in the modern construction industry where sustainability and value for money have never been so important. Research completed by Weather Works Ltd in 2008 demonstrated that the whole life costs for cast iron over a 100 year cycle are only 35% of PVC or aluminium.

In addition to the inherent properties of cast iron, the BS EN877 standard that Halifax Soil and Drain conforms to specifies a number of physical characteristics which must be met by all products in the system. We undertake regular testing on pipes, couplings, fittings and gaskets in order to ensure that these characteristics are maintained between batches.

The hardness of a material refers to the ease with which it may be physically marked, manipulated or cut. The BS EN877 standard sets out a Maximum value to be obtained via the Brinell hardness test. Cast iron has a higher hardness than equivalent PVC or HDPE systems which means that Halifax Soil & Drain pipes are unlikely to suffer from accidental marking, cutting or indentations of the surface. However, with the right tools it can easily be cut on site to achieve different pipe lengths.

The ring crush strength of a pipe determines the likelihood of it failing when under a perpendicular load. This is particularly important for buried systems. Test results show that cast iron consistently surpasses the requirements of EN 877 and offers greater resistance to crushing than PVC and HDPE.

Cast iron products are graded dependent upon the tensile strength of the constituent material. All pipes and fittings (with the exception of some brackets and couplings) within the Halifax Soil & Drain ranges are made from grey cast iron in accordance with BS EN 877. This gives Halifax Pipes a great advantage when compared with PVC or HDPE pipes, which generally have a material tensile strength in the range 20-40% of the cast iron used in the Halifax Soil & Drain systems.

The expansion coefficient of Cast iron is approx. 0.01mm/m/˚C. The material will expand by 0.01mm for every metre of the casting with every degree centigrade that the temperature increases.

This small amount is actually very similar to the coefficient of concrete and steel. The result of which is that when Halifax Soil & Drain products are installed in a building, they will not move relative to the structure around them.

This means expansion joints are normally not required, unlike HDPE and other plastic systems where expansion can be between 5 to 20 times greater than cast iron.

WANT MORE INFORMATION? NEED A QUOTE? TELL US WHAT YOU NEED…

For a wide range of pipes and fittings suitable for the majority of projects including hospitals, prisons, apartments, offices and multi storey car parks.